2018 has been a real milestone for Women in STEM.

This, along with Dr Sue Black OBE becoming the new Professor of Computer Science at Durham University, has made 2018 an exciting year for Women in STEM.

At current in the UK, Physics is the 3rd most popular A-level for boys but only the 19th for girls. On top of this of 14,000 engineering apprentices, in 2017 on 450 were girls. Failing to recruit girls into these areas is not only limiting for girls (missing out on great careers in exciting areas) but also represents a real threat to the UK economy. Gender Diversity is key for UK businesses; it gives employers a better choice of skilled workers, builds a stronger platform for innovation and creativity, and has been proven to create better financial performance.

Organisations that lead the way on gender diversity often also lead on performance and profitability. Those that ignore diversity risk losing out to the competition. Of course, this is not simply due to cause and effect, but the correlation between improved diversity and business results must not be ignored. 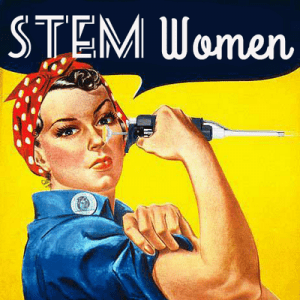 Here at Active8 Robots we celebrate and encourage women in STEM, and you can read more about that here. We are excited to see more Women in STEM role models in 2019!