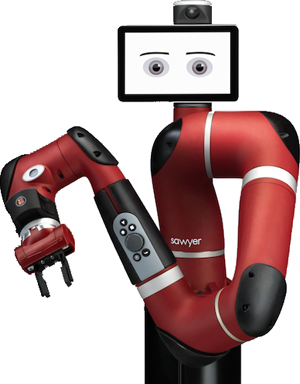 A collaborative robot, such as Sawyer, has been purposely developed to be usable by non-experts which are trained by demonstration and not programmed. On average it takes 2 hours to train Sawyer in any given task.

Collaborative Robots, such as Sawyer, have been developed with ease of use in mind and are usable by non-experts through its training by demonstration model, rather than traditional programming paradigm. Sawyer with its ground-breaking Intera software can be treated as a next-generation power tool, making high-performance robot automation as simple to use as a smartphone.

To train Sawyer you can take the robot by the wrist and move the arm using “Zero-G” mode, this makes the arm support its own weight but allows you to manipulate the joints freely to train a position. Through showing Sawyer a series of positions and indicating what the robot should be doing at each one (eg: Grasping, Releasing etc) a full robot program can be trained very quickly. Sawyer features a number of input “Navigators” used to select features and options from the simple and intuitive menus onscreen, allowing complex interactions to be inputted very simply. Intera also features “common-sense”: Sawyer can sense if it drops an item, collides with a person or object, and adapts to semi-structured environments. This makes Sawyer safe to work around without cages, allowing for rapid training of tasks and the flexible redeployment of Sawyer around your manufacturing site. 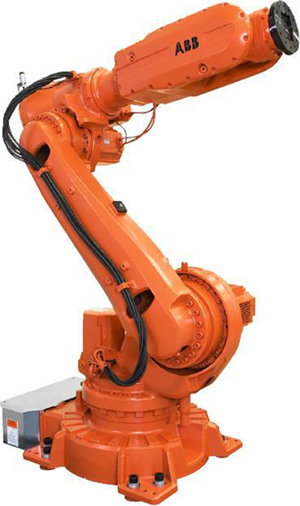 Active8 Robots provides a full rounded service to include programming of your industrial solution through to training of staff to ensure routines can be easily accessed. Our experts can provide this service on all industrial robots currently available from ABB and KUKA through to Fanuc.

Please give our team a call now to discuss your specific requirements.