Four-Day Working Week Could Be The Future.

Unions are calling to switch to a four-day working system, although disappointingly not until “some time later this century” when robots and algorithms can better do the boring things we’re all stuck doing now. Some are concerned that bosses and shareholders will be the main people to benefit from this new tech, and so it must be ensured that the perks are shared with the people out there getting it done on the floor.

Frances O’Grady, general secretary of the union congress, called for a shorter working week, so workers could share the wealth generated by technological advances in AI, automation and robotics. The TUC said new science such as these should pave the way for improved working conditions – including better pay and reduced workloads – instead of fuelling a fear of job cuts. They went on to state that employers and the Government need to work together to make the growth in AI a positive move for workers. Following this, the TUC’s report found 74% of staff would welcome scientific help to give them more control over their working lives with eight in 10 saying they want to reduce their hours.

John Tamny, author of “The End of Work: Why Your Passion Can Become Your Job has said in May that the robot will be “the greatest friend to the worker… we’ve ever seen”. He states that with robots increasing our productivity humans only need to put in a four-day work week and will have more opportunity to pursue what they love. You can hear more of his opinion in this episode of The Blaze. 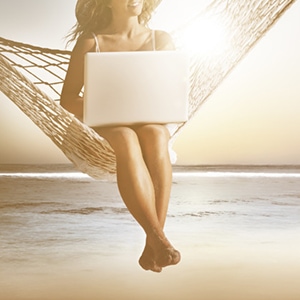 On a final note, the Netherlands, a country widely-known for its high-class education system, economy prosperity and good healthcare, has a four-day working week. On average they work 29 hours a week – and they are one of the happiest counties of all.